...explores the intimate and complex relationship humans have with the natural world. 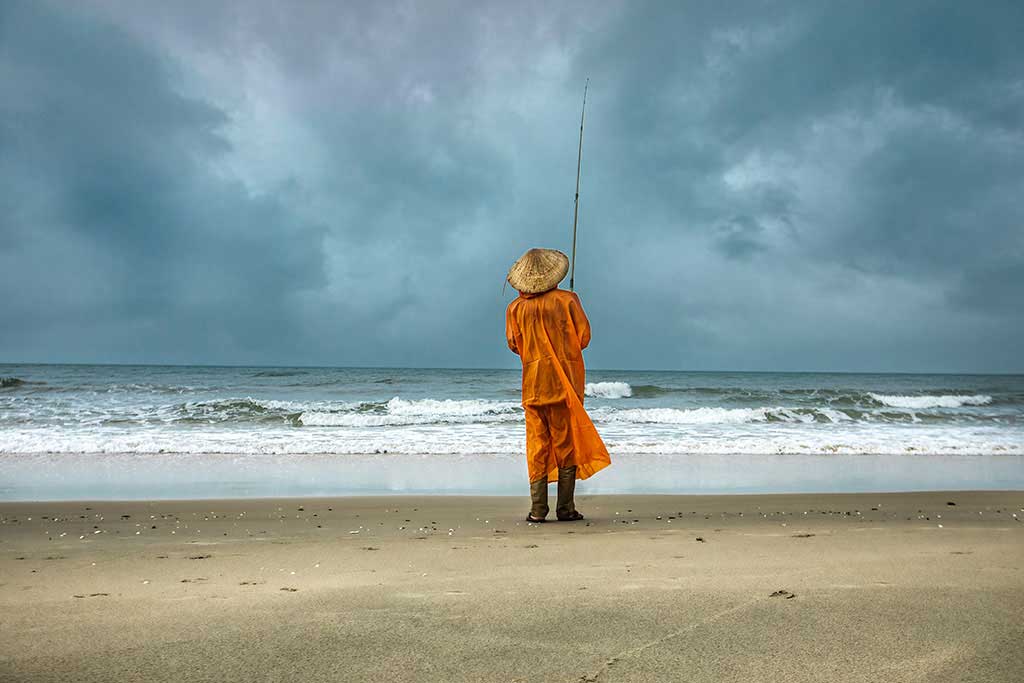 Inspiration for the Fine Art Photograph

The rainy season is at its strongest during the Autumn months in Hoi An, Vietnam. The storms can turn the skies an intense gray-blue that looms over the sea.

The inspiration for this photograph came from seeing a man alone on the beach, still trying to catch something despite the odds.

Many people in Vietnam have returned to fishing to earn a living since businesses have been closed. Despite the big storm coming, this elderly man didn’t give up.

It reminded Réhahn of Hemingway’s masterpiece “The Old Man and the Sea.” In the novel, an elderly Cuban fisherman confronts the ocean in an epic struggle with a marlin and his own endurance.

“The old man in the book proves that we should never accept defeat despite difficulties. This is one of the greatest qualities of the Vietnamese people. They proved it during the war and now during the pandemic. I was inspired by the contrast between the dramatic sky and the bright orange raincoat, which appears like a glimmer of hope.” - Réhahn

In “Resilience,” Réhahn wanted to show the optimism and bravery inherent in solitude. The two dominant colors, slate blue and orange, contrast one another in mood but work together to create balance in the photograph.

In this moment, time has stopped, and all that matters is the thin thread of hope that connects the man to the water and beyond. 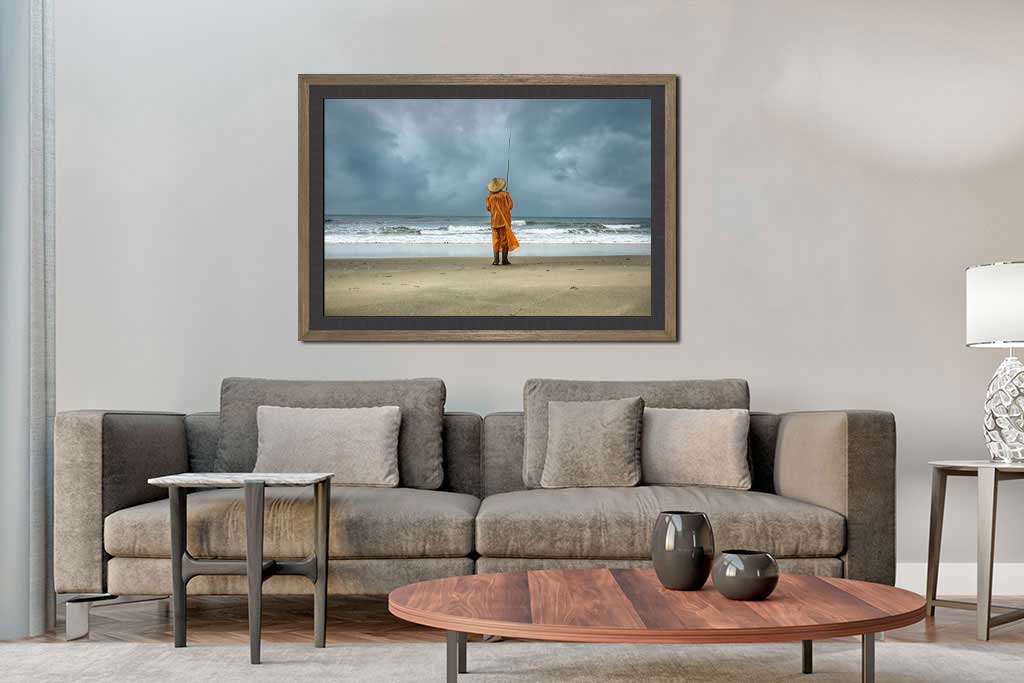 “Resilience” inspires dedication and strength while also having overall tranquility. The gray-blue colors complement any neutral decor with a pop of orange that adds creativity, conversation, and optimism. “Resilience” is an ideal photograph to choose in a large size because it expands your space, drawing the viewer’s eye towards the horizon line in the sea.